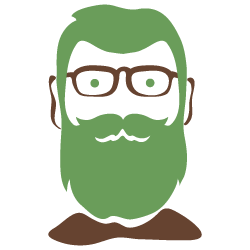 Yew trees often get a bad reputation from homeowners. They are seen as being rough, brown and sparse-looking. However, it's not really the yew trees themselves that are naturally unattractive—the way they are often pruned makes them look this way. Shearing the yew tree time and time again with electric clippers makes it look rough and ugly—but if you take the time to properly hand-prune your yew tree instead, it can be very beautiful. Here are some tips to help you successfully hand-prune your yew to enhance its beauty.

When you take electric shears to a yew tree, you are practicing what is known as non-selective pruning. You are cutting any branches that happen to be beyond a certain length, regardless of how healthy or unhealthy they are. This is what causes the rough look of many yew trees. Healthy branches are not allowed to grow and thrive, and unhealthy ones are left in place – just shortened.

When you hand-prune your yew instead of using  electric shears, you can focus on pruning away just the branches that are aging and beginning to look dry. The healthy, green branches should be left in place. They will continue growing, giving your yew a fresh, lively look.

Don't Aim For A Flat Shape

Do not try to create a flat-topped box hedge from your yew tree. This is not the yew's natural configuration, and aiming for this shape will require you to clip extensive portions off of healthy, green branches. After you've removed all of the dead and dry branches, create a subtle, rounded shape by removing only as much as needed from the healthier branches. Leave the inner branches alone completely – only remove the ends from the longest branches to achieve your desired shape.

If your shears are not sharp, your cuts will be jagged. Rough, blunt cuts are harder for the tree to heal, and in healing them, your tree will be using resources that it could otherwise be using to make fresh, new growth. If you want your yew to stay looking bright green and fresh, sharpen your pruning shears regularly so they make clean, easily healed cuts. Many hardware stores offer this service.

If you have a brown, crumbly yew tree in your yard, don't give up on it. Change your pruning routine, adopting the tips above, and within a few months, your yew should be looking greener and more beautiful. For more information, contact companies like Greatland Tree Service.